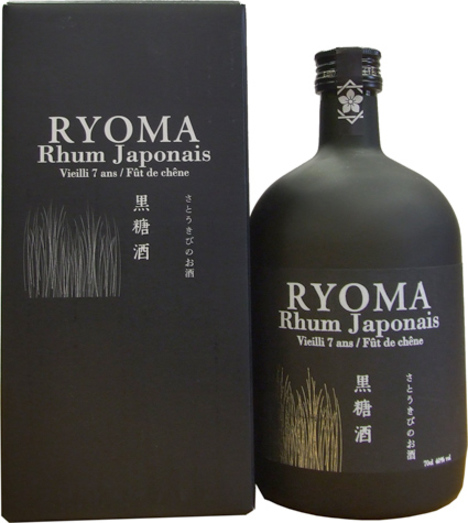 Produced by Kikusui, a Rum distillery located south of the archipelago on the island of Shikoku in a village in the east of the Kohi prefecture, which is known as the oldest producer of sugar cane in Japan. This naturally led to the production of Ryoma Rum, a liquid gold inspired by foreign techniques, with a sparkle of the Japanese culture.

Ryoma Rum is named after Sakamoto RyÅma, a prominent figure in the movement to overthrow the Tokugawa shogunate during the Bakumatsu period in Japan. Ryoma Rum is produced from freshly pressed sugar cane, and is aged for 7 years in oak casks. Rum made from sugar cane juice is quite different than Rum made from molasses. It's more pungent, and grassy.

Orders over £90 are delivered free, and we are also happy to deliver local orders (within 20 miles of Dumfries) free of charge to. We do these deliveries in our own van and this option can be found in the Shipping drop down box in the Shopping Cart.