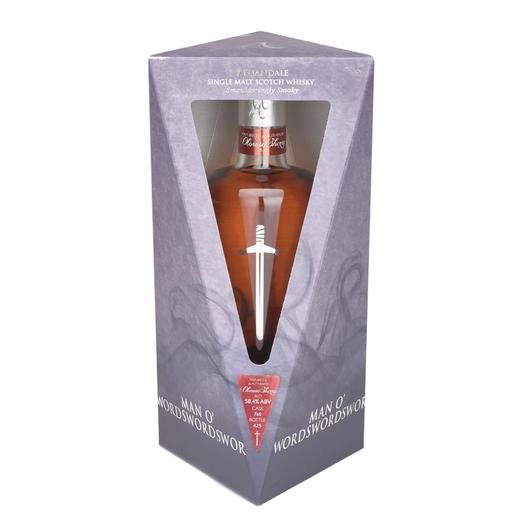 2018 has been a year of firsts for Annandale Distillery.

In June, they selected a limited number of casks from their first 2014 production to produce the first Single Cask, Single Malt Scotch Whisky from Annandale Distillery for nearly 100 years.

Now, they proudly unveil another first - the first Annandale Single Cask, Single Malt Scotch Whisky to be matured in sherry butts. For this release, they were lucky enough to obtain authentic Oloroso Spanish oak sherry butts from Miguel Martin, Spain. These hard-to-come-by sherry butts were used to mature Spanish sherry time and time again.  Selected by Dr Jim Swan, they represent a singular approach to maturing single malt whisky. The result is a stunning depth of flavour.

They selected just one cask of distinctive, smoky Man O'Sword from the 2015 production for this sherry release, and each bottle is individually marked with cask and bottle number, and presented in a striking gift box.