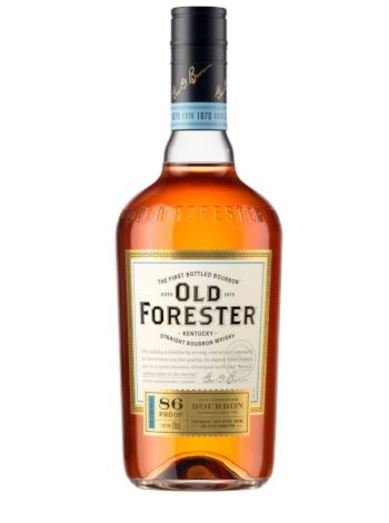 As America's first bottled bourbon, Old Forester enjoys a heritage as rich as its taste. Founded in 1870 by George Garvin Brown, a pharmaceutical salesman and native of Louisville, Kentucky, George recognised the need for a bourbon of consistent high quality. Made to the original mash bill of 72% corn, 18% rye and 10% malted barley. Old Forester is twice-distilled, first in a column still, then again using a thumper still. The new whisky is transferred to new oak barrels and matured for a minimum of two years. 140 years later, Old Forester is still owned by the descendants of founder George Garvin Brown, it is the oldest Bourbon brand in continuous production, surviving even Prohibition during which it was sold on a medicinal licence. Making Old Forester The Grain Old Forester is made with an exacting grain recipe of corn, rye and malted barley. With approximately half-again more rye than most bourbons, Old Forester imparts a fuller, richer, more genuine bourbon character. Just the way George Garvin Brown wanted it. The Yeast Old Forester is fermented with a proprietary yeast strain that is still grown fresh daily at the distillery. The fermentation process takes a full five to seven days yielding a deeper range of complex flavors. Well worth the wait. The Distillation Old Forester is twice-distilled using a "thumper" for a cleaner, crisper spirit as it comes into contact with the barrel. And only 500 barrels are distilled at a time. That’s right - they were small-batch before small-batch was cool. The Barrel By making their own barrels, they have complete control of the barrel’s vitally important contribution to subtle taste characteristics. It’s the little things that make all the difference. The Warehouse Old Forester is matured in a unique climate-controlled warehouse, which gives the Master Distiller greater control of the bourbon cycling process and directly benefits our bourbon maturation cycles. Tasting Notes Colour: Reddish burnt orange. Nose: Rich vanilla and chocolate caramel, complex and mature soft fruit medley with hints of citrus and traces of malt. Nose w/water: Fruit notes explode into mature oak. Taste: Complex, sharp, dry chocolate-cocoa swings into a sweet, sappy oak, rich harvest corn and sun-dried hay (malt). Hints of fruit linger in the background. Finish: Sweet, light then quickly drying.