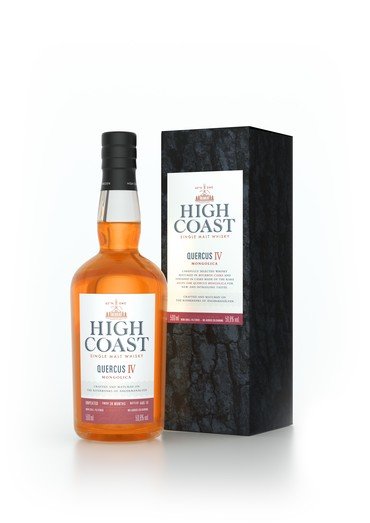 The Quercus series is a journey of discovery through oak. In a series of exclusive bottlings, they explore the influence that various oak species have on the maturation of their whisky. Quercus mongolica has an eastern distribution and thrives in harsh, unstable climates and can withstand severe cold. In Japan, its subspecies called Mizunara grows. It has gained cult status in the whiskey industry. The Mizunara oak tree has been attributed to a significant role for Japanese whisky’s particularity, and maturation in Mizunara has received a great deal of attention in recent years. It has also been found that Mizunara is difficult to mature because it is porous and gives varied results. Therefore, this kind of maturation is now almost a curiosity in Japanese warehouses, with the exception of smaller craft distilleries. Quercus mongolica the fourth edition in the series comes from a harsh and sometimes cold climate in northeastern China at the border with Russia. Here, the oak has grown more slowly and densely than the Japanese Mizunara, which is why they had very few problems with leakage and evaporation. Their barrels of Quercus mongolica have developed a spicy and elegant whisky with a taste that is different from anything else they have bottled on the High Coast. Aroma: Green apples, sandal wood, gooseberry Palate: Rich Vanillia Sweetness, Spicy Finish: Long sweet vanilla notes, light spice, exotic fruits