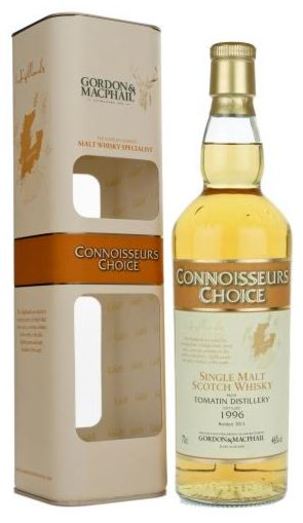 Tomatin was the first Scottish distillery to be wholly owned by a Japanese company. As late as 1956, only two stills were in operation, but by 1973, eleven - six wash and five spirit stills - produced the new-make spirit. The seventies brought about a major expansion programme, the capacity was boosted to twenty-three stills, making Tomatin the biggest malt distillery in Scotland at that time, producing five million gallons annually. During the Scotch whisky boom years - 1973 to 1984 - Tomatin's malt whisky was primarily used in blends. When demand decreased in the early 1980s, eleven stills were ceased operation, and were eventually removed in 2000. Today, with twelve stills in operation, Tomatin remains one of the largest malt distilleries in Scotland. COLOUR: Pale Gold. Body: Light to medium. Finish: Medium in length, sweet and fruity. Cask Type: 1st Fill Bourbon Barrels.